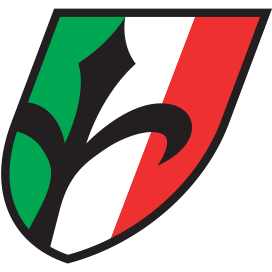 82/100
BikeRide Score
?
Scores
See all scores
Users (0 ratings)
0
Experts (4 reviews)
78
Where to buy
eBay Check stock Amazon Check stock
See at eBay
If this bike is out of stock, take a look at our other highly rated bikes.
We earn affiliate commissions. Learn more
BikeRide works hard to help you find the lowest prices and information on each bike from the widest possible range of sources. BikeRide is reader-supported, and sometimes we receive commissions for links you click on. Read Privacy Policy

We have read all expert and user reviews on the Wilier Triestina Jena. In summary, this is what cyclists think.

3 reasons not to buy

Wilier’s Jena is intended to be a versatile bike. With this rig, the road marque has attempted to create a machine that can race aggressively when unburdened, while also featuring ample fixtures for setup as a capable bikepacker. From most reports, this was achieved. Some testers felt that, with a tall head-tube and riser bars, the bike’s feel tended more toward long-distance riding rather than speed. However, with differing setups and aero tubing, the Jena was highly adaptable to faster riding. Road-bike gear-ratios were sometimes disliked on 2x models. In terms of price, the Jena seemed to represent average value. But if it’s in your price-bracket, it’s likely that one of the eight available builds will meet your gravel needs.

You could divide the gravel scene into those who blast the trails for a couple of hours and bikepackers who want to load up and head off on an overnight adventure. The Jena has both covered.

…the Jena is an athletic example of the gravel bike breed. Quick, responsive and fun whether loaded up for a weekend tour or stripped bare for a race. Where the Wilier does falter is with pricing.

Great versatility of use, carbon fiber frame and reasonable price.

Don’t think that you get a crosser when you order the Jena: it is more a very robust Urban Explorer than a pure off-road rocket.

Wilier have created one of the better all-round bikes available on the market today. It does most things you throw at it well…